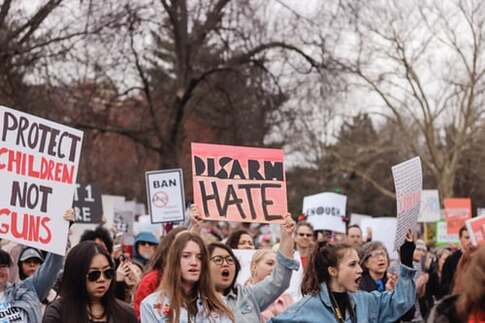 If you find one of these organizations unsatisfactory, or think another should be listed, please let us know.

Brady Campaign to Prevent Gun Violence -- The oldest organization in the gun violence prevention movement, we’re laser-focused on changing the culture, the laws, and the system of who can own and sell guns. Sponsor of Team Enough, a youth-led initiative that educates and mobilizes young people in the fight to end gun violence.

Do Something -- The largest not-for-profit exclusively for young people and social change, with millions of members representing every US area code and 131 countries. Using our digital platform, DoSomething members join our volunteer, social change, and civic action campaigns to make real-world impact on causes they care about, including gun violence prevention.

March for Our Lives -- We have a bold, comprehensive policy platform to address the root causes to end the gun violence epidemic in America that claims nearly 40,000 lives every year. Created by survivors, so you don't have to be one.
​
Everytown for Gun Safety -- Everytown is a movement of Americans working together to end gun violence and build safer communities through research, organizing, and advocacy. Sponsor of Moms Demand Action for Gun Sense in America, a grassroots movement of Americans fighting for public safety measures that can protect people from gun violence.